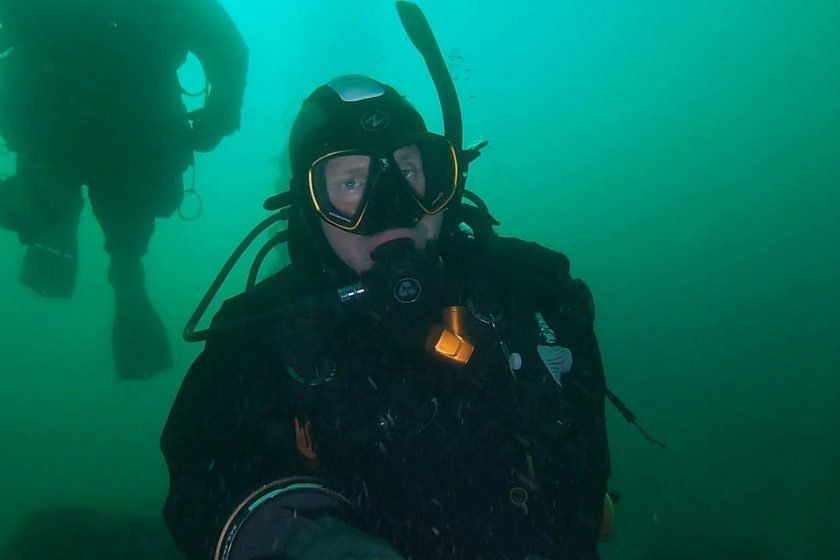 The trip that was on, off, on, off and on again.

The North East was in Covid lockdown and the hotel rooms many of us had booked for Friday night ‘oop north’ had to be cancelled. In light of the horrible weather and sea forecast it was probably for the best as on Tuesday prior to the trip, William, the skipper was rather non-committal and I think would have called it there and then if it wasn’t for the diabolical season he was having between global pandemics and shitty weather. ‘Let’s wait and see’ he said, and that’s what we did.

On Thursday prior to the trip I rang expecting to have the cancellation confirmed and was rather shocked when he said ‘ Let’s do it!’ ‘I’ll get yea in on the sooth side o’ the island’s like’ (NE Accent needed). So a last-minute reprieve and lots of frantic kit packing and we were all set. Having cancelled our hotel Steve and I set off at some ungodly hour like half past yesterday and drove steadily up the A1 arriving in time for a Trotter’s breakfast bap and a coffee before boarding GT7 and chugging out to the islands.

The sea state was not too horrific considering it was predicting a 2m swell and we enjoyed a socially distanced deck party. The good thing about wearing face coverings in at this time of year is that it keeps you all nice and warm. Before too long we were kitted up and ready to jump into sounds of honking seals greeting seal Ben. We dived Little Harcar to a depth of between 18-23 m, the visibility was reasonably good considering the raging storms that had been through over the previous weeks and my new neoprene neck sea was watertight, so happy days. Steve and I saw a small octopus, well I saw a small Octopus, Steve was just videoing a rock wondering what on Earth I was gesticulating at. We had a few fly-bys by seals but I must have been wearing my seal repellent because they didn’t want to play. Meanwhile, Dan and Trev were getting mugged by an overly amorous lady seal who had had enough of lockdown and decided it was time to party. Keith and Amanda won the spidge recovery award by surfacing with a rather snazzy looking Camouflage go-pro like camera…How they saw it is a mystery. We still have not located its owner.

Back on the boat we reminisced about the good old days when we could pass round a packet of club hobnobs and jelly babies and stagger around the deck carrying scalding hot cups of salty teacoffee. Ahhh them were the days! Amanda was most impressed with the toilet refurb that had been carried out during lockdown. She really enjoyed the alfresco facilities and the fact she could listen to the dive briefing whilst having a wee. They just need to fashion a slightly better ‘curtain’ so the whole boat doesn’t get to watch proceedings 🙂

Dive two was the wreck of the St Andre and the Pinnacles. Dive times were ranging from 44 mins to a winning 54 mins (well done Dan Atkinson). The wreck was interesting with lobbies, crabs and a few lurking cod. The reef wall had plenty of crabs and small echinoderms (look it up) and we all surfaced having been pleasantly surprised with the diving.

Back ashore we convened to the pub, the sun showed up whilst we enjoyed a post-dive beverage in the garden.

And that folks, is that. The weirdest year ever delivered one final trip for us. See you next season x